The Boeing Company, maker of the world-leading AH-64D Apache Longbow multi-role combat helicopter, is using the XML-enabled, High Availability version of the eXtremeDB in-memory database system (IMDS) as part of research and development on the vehicle’s critical real-time on-board systems.

Within the Apache Longbow, the eXtremeDB embedded database will manage secure, digitized battlefield data. eXtremeDB’s XML interface will facilitate communications, both internally and between the attack helicopter and external (ground and air) systems. Embedded software including eXtremeDB will run on airborne PowerPC processors and a commercial real-time operating system (RTOS). The program is being developed by The Boeing Company’s Phantom Works organization in Mesa, Arizona. The Apache Longbow helicopter first rolled off the Boeing assembly lines over 20 years ago. Eleven nations now rely on Apaches to meet their defense needs, and a number of potential customers are evaluating the system.

Today’s technologically advanced Apache Longbow is the world’s only fourth-generation attack helicopter and the only combat helicopter in service with the ability to rapidly detect, classify, prioritize and engage stationary or moving enemy targets at standoff ranges in nearly all weather environments. Current enhancements to the vehicle will allow the Apache Longbow to fulfill its key role in the digital army of the future for decades to come.

“eXtremeDB High Availability will provide the highest degree of reliability for the Apache’s mission-critical systems.” 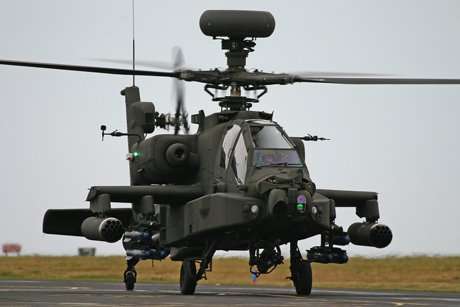