eXtremeDB is designed and implemented to be a highly portable DBMS.

The eXtremeDB platform independent database was created to be a powerful tool for the professional developer.

eXtremeDB was originally designed and optimized to be an in-memory database system (IMDS) with direct data manipulation. Storing and manipulating data in exactly the form used by the application removes overheads associated with caching and translation. On embedded platforms (e.g. ARM, PowerPC), typical read and write accesses are at the level of a few microseconds, or less. On workstation or server platforms, performance is sub-microsecond. (Review our independently audited STAC benchmark test results.) The engine is reentrant, allowing for multiple execution threads, with transactions supporting the ACID properties, assuring data integrity.

How difficult is it to port eXtremeDB to different operating systems?

eXtremeDB is designed and implemented to be a highly portable. Currently, eXtremeDB runs on Win32 and Win64 platforms, Linux, many Unix platforms, and various embedded operating systems including VxWorks, INTEGRITY, ThreadX, eCos, FreeRTOS and QNX, and target CPUs including x86, PowerPC, ARM, MIPS, and others. The list of supported platforms is constantly expanding.  See our list of free trial software. 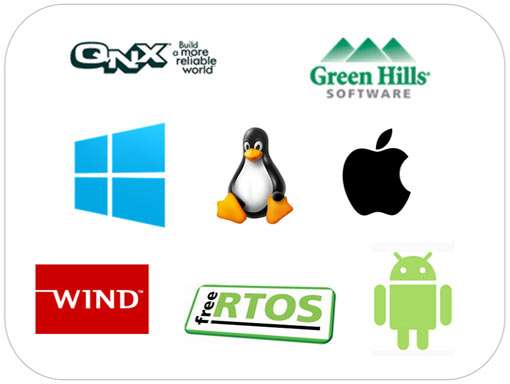 What compilers are used to build eXtremeDB?

Can eXtremeDB operate without an operating system?

Yes, in single-threaded mode. In this scenario, the eXtremeDB runtime does not use any operating systems services, or the C runtime library. Of course, as an in-memory database, eXtremeDB does not require a file system.  Contact us to learn more.

Can eXtremeDB operate without a file system?

eXtremeDB’s core in-memory database system design does not require any file system. If a file system is present, to allow data persistence through a system crash, eXtremeDB provides backup functionality via its stream-oriented “save” and “load” interfaces. eXtremeDB can backup databases not only to a file, but also to any stream that is available in the operating environment, such as a pipe or a socket.

Review our other research

Or evaluate, purchase and deploy eXtremeDB for HPC for Linux within the almost unlimited AWS framework.

Looking for another platform?

Is it an in-memory database system, or not?

When you hatch a database management system, it will, by design and implementation, be either an in-memory database system or an on-disk database management system. The choice affects the fundamental optimization strategies that will be baked into the database system code.  To optimize an on-disk database is to minimize disk I/O, so its design will use extra CPU cycles and extra memory if doing so will reduce or eliminate I/O.  Conversely, IMDSs by definition eliminate all disk I/O; their optimization is all about delivering the highest performance at a given level of processing power, thus reducing demand for CPU cycles is a key objective. And since memory is storage for an IMDS, reducing memory overhead (i.e. RAM consumed for anything other than storing data) is also a key objective.

eXtremeDB enables the developer to combine in-memory and on-disk paradigms in a single database system. Specifying that data will be stored in memory (transient), or on disk (persistent), requires a simple database schema declaration. The resulting system retains in-memory strengths (speed, footprint, etc.), yet leverages the potential cost savings and durability of an on-disk database.

“eXtremeDB replaces the relational database management system (RDBMS) that previously supported middle-tier functions in existing products….A growing volume of data at this level of the system is what prompted our company to seek a database solution that offers greater efficiency than traditional RDBMS software, which has been a staple of financial markets for several decades.”   – 63 Moons

BAE Systems integrates the eXtremeDB in-memory database for avionics in the Panavia Tornado GR4 combat jet. Within the aircraft’s Tornado Advanced Radar/Map Display Information System (TARDIS), eXtremeDB manages tactical information and is updated in real-time from multiple sources. The company chose eXtremeDB rather than developing its own database in order to reduce costs and shorten time-to-market.