Proven the fastest and most reliable in-memory or hybrid database system from edge to cloud.

eXtremeDB was designed specifically as an in-memory database system, not an afterthought.

Real vs. imitation in-memory database systems – what’s the difference and why does it matter? 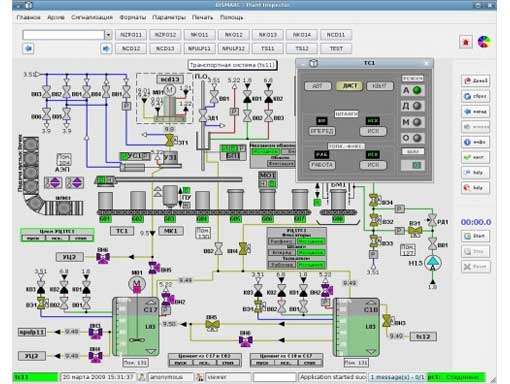 To optimize an on-disk database is to minimize disk I/O, so its design will use extra CPU cycles and extra memory to reduce or eliminate I/O.  Conversely, IMDSs by definition eliminate all disk I/O.  In other words, their optimization is primarily about delivering the highest performance at a given level of processing power.  For an in-memory database, the focus is on reducing demand for CPU cycles. Because memory is storage for an IMDS, reducing memory overhead (i.e. RAM consumed for anything other than storing data) is also a key objective.

Using eXtremeDB on embedded platforms (e.g. ARM, PowerPC), typical write accesses are at the level of a few microseconds, or less, and read-only access is sub-microsecond. When used on workstation or server platforms, performance is sub-microsecond. (Visit this page to read one of our in-memory benchmarks.)

When eXtremeDB is used as an embedded database system, the engine is reentrant, allowing for concurrent access by multiple execution tasks or threads. Used on multi-tasking platforms (e.g. Linux and VxWorks RTP), databases can be created in shared memory for concurrent access among many processes.  eXtremeDB transactions support the ACID properties, assuring data integrity.

Learn more about flexible eXtremeDB for embedded and client/server

We created the eXtremeDB in-memory database for professional developers, and offer more features to chose from than any other DBMS.

Read more about in-memory database performance. Review a summary of the white paper, Gaining an Extreme Performance Advantage.  McObject examined on-disk database system performance vs. that of an IMDS operating with transaction logging.

Unlike other IMDS, eXtremeDB can combine the strengths of on-disk and in-memory database systems. In other words, eXtremeDB databases can be all-in-memory, all-persistent, or have a mix of in-memory and persistent tables. This unparalleled flexibility enables developers to tailor data management in order to optimize applications for speed and persistence.  System developers can make intelligent trade-offs between performance, cost-efficiency, power consumption, and physical space-conserving data storage hardware.

Get technical about eXtremeDB hybrid data management in our online documentation. 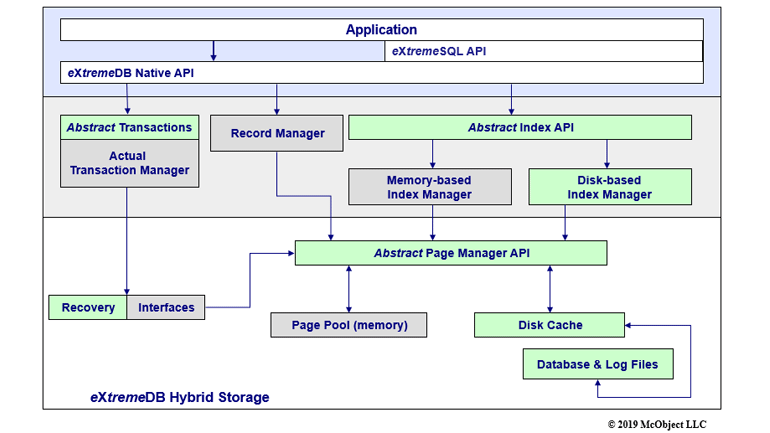 An eXtremeDB database can be horizontally partitioned (“sharded”) for scalability. This feature leverages the processing power of multiple servers and/or multiple CPUs and/or multiple cores by distributing the data and the data processing to multiple instances of the eXtremeDB server. eXtremeDB’s distributed query engine isolates client applications from the details of the topology. When this technique is applied to multiple servers, the single-server limitation on the size of an in-memory database is overcome. In other words, if a single server has a maximum memory capacity of 768GB, then five servers have an aggregate capacity of 3.84TB. 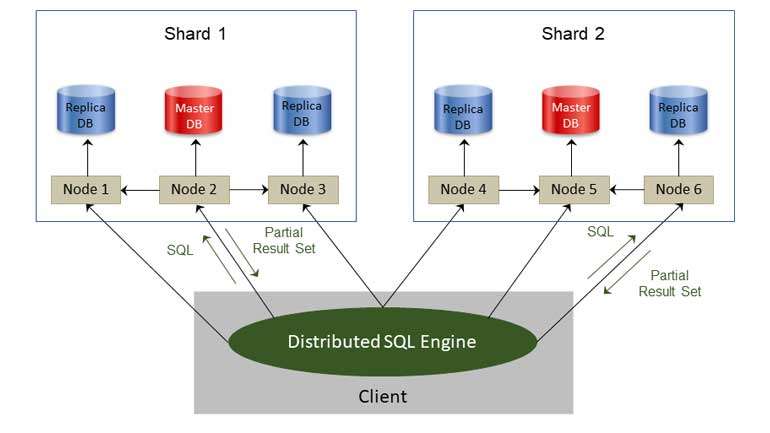 The IMDS as a powerful, persistent memory caching solution

Fast, flexible eXtremeDB offers more features than any other database management system on the market.

Designed to power systems that cannot afford to fail, eXtremeDB-HA delivers the highest degree of availability, along with its unsurpassed performance and exceptionally small footprint.

eXtremeDB Cluster is unique as the first clustering database system to offer an embedded architecture.

eXtremeDB supports structures, arrays, vectors and BLOBs for maximum efficiency. Learn more about this and other key features, or get a full list of data types from our online documentation.

eXtremeDB protects your database with encryption, and CRC32 to detect tampering.

eXtremeDB in-database analytics offers breakthrough efficiency and can be used with the product’s in-memory database system (IMDS) capability, or independent of it.

Combine both database paradigms – in-memory and on-disk – in a single database instance. Specifying one set of data as transient (managed in memory), while choosing persistent storage for other record types, requires a simple database schema declaration.

Learn why starting with an in-memory database makes for a better hybrid system.