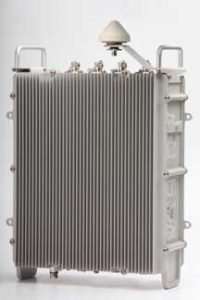 “The in-memory database system product category has grown considerably, resulting in IMDSs that can meet specialized needs. eXtremeDB’s speed and efficiency enables Air4G to execute complex scheduler and link-adaptation algorithms, achieving higher capacity and throughput, as well as excellent use of the spectrum,” Bitter said.

Air4G builds on Airspan’s highly regarded MacroMAXe product as its foundation, leveraging the successful WiMAX functionality of the base station and enhancing the product with a new 4G LTE platform. Support for both standards enables carriers to increase the service range and bandwidth offered to end-users while cutting expenses, with the opportunity to migrate their networks to LTE when ready and at a desired pace. With a compact, all-outdoor design, Air4G is designed for quick, easy and affordable deployment.

Within Air4G, McObject’s in-memory database system runs in a Linux-based application supporting the eNodeB base station component of LTE architecture. eXtremeDB stores operator-provided settings such as operating frequency and transmit power, as well as transient data that is kept in RAM for each call/session. eXtremeDB is also used to synchronize data between different modules in the eNodeB application.

Airspan Networks decided to integrate a commercial, off-the-shelf (COTS) embedded database system in Air4G’s eNodeB application after determining that extending an in-house database system for use in the project would increase project time by about 9 developer-months. Testing against another COTS in-memory database system convinced Airspan’s engineers of eXtremeDB’s best-in-class speed and efficiency, for the following reasons:

Faster application programming interface (API). Many databases – including the other IMDS considered for Air4G – support only SQL as an API. SQL provides a high level of abstraction, but at the cost of processing overhead. eXtremeDB supports SQL, but it also offers a faster, native API consisting of C functions that are embedded in, and compiled with, application code. Airspan’s engineers preferred eXtremeDB ‘s native API, given the base station’s need for speed, predictability and efficient use of CPU cycles.

Data stored as C/C++ structures. SQL requires conversion of C/C++ data types to SQL format, for storage in SQL tables. In contrast, eXtremeDB stores data in exactly the form used by the application: as C/C++ data structures. This eliminates the conversion step, which boosts speed, and reduces eXtremeDB’s code size and CPU demands.

In-process architecture. The other database considered for Air4G uses client/server architecture. eXtremeDB runs entirely within the application process, eliminating the overhead of inter-process communication (IPC) between client and server modules. IPC consumes both processing time and power, and eliminating it enhances speed and efficiency.

Highly portable. McObject designed eXtremeDB with minimal reliance on operating system services (such as IPC messaging). As a result, eXtremeDB is highly portable, a characteristic desired by Airspan.

Reputation. Airspan’s engineers checked with contacts at other companies that had used eXtremeDB in demanding telecommunications and networking settings. These engineers vouched for the database system’s speed, efficiency and reliability.

About Airspan Networks, Inc.
Airspan Networks is a leading 4G wireless solution provider. With more than 500 customers in 100+ countries and as a top vendor for carrier-class broadband wireless solutions, Airspan is recognized as a leader and pioneer in 4G and broadband wireless technologies. Providing an expansive product portfolio, Airspan offers customers the widest selection of 4G products in the industry with an unsurpassed level of technology to benefit their business case. Airspan has solutions spanning the 700 MHz to 6 GHz frequency bands. Learn more at www.airspan.com.