Financial analytics seeks to accelerate the task of finding meaningful patterns in market data. As such, in-memory database systems (IMDSs) are an irreplaceable tool for this job. Many developers also seek the benefits of in-memory analytics to provide their application a performance edge.

But IMDSs are not new – in fact, they’re almost the “new normal” for financial analytics. What data management solutions move analytics beyond the status quo, and into higher profitability for trading organizations via a time-based advantage?

This need is met by two key features in the eXtremeDB for HPC database system: columnar data layout to overcome traditional DBMSs’ (and IMDSs’) shortcomings in dealing with time series data (including market data), and the programming technique of pipelining vector-based statistical functions to process sequences (columns).

These features build on eXtremeDB’s already-fast IMDS architecture and move the focus for optimizing real-time financial analytics into the CPU cache, where columnar layout and pipelining ensures priority-handling of the most time-critical data.

What is pipelining and how does it reduce latency?

Pipelining is the programming technique in eXtremeDB that accelerates processing by combining the database system’s vector-based statistical functions into assembly lines of processing for market data, with the output of one function becoming input for the next. Calculations are pipelined in order to keep data within CPU cache during its transformation by multiple functions. Without pipelining, interim results from each function would be transferred back and forth between CPU cache and main memory, imposing significant latency due to the relatively lower-bandwidth front side bus (FSB) or quick path interconnect (QPI) between the two.

Throughput between main memory and CPU cache is 3x to 4x slower than the CPU can process data. Traditional DBMSs traverse this bottleneck frequently (twice per function), with the CPU handing off results of each step of a multi-step calculation to temporary tables in main memory.

eXtremeDB offers pipelining in industry standard SQL or in any of its other supported languages (Python, C/C++, Java, C#).

Pipelining builds on eXtremeDB support for columnar data handling. Database management systems (DBMSs) typically store data in tables consisting of rows and columns, with each row containing one instance of each column value. A conventional DBMS accumulates rows into database pages for processing, as shown in Figure 1 below. When an application needs to process a single column of data (whose elements would be in multiple rows) a different layout is more efficient. This columnar layout accelerates time series analysis (including market data analysis) by storing (and subsequently fetching) data in a column-by-column fashion on a database page, as shown in Figure 2. 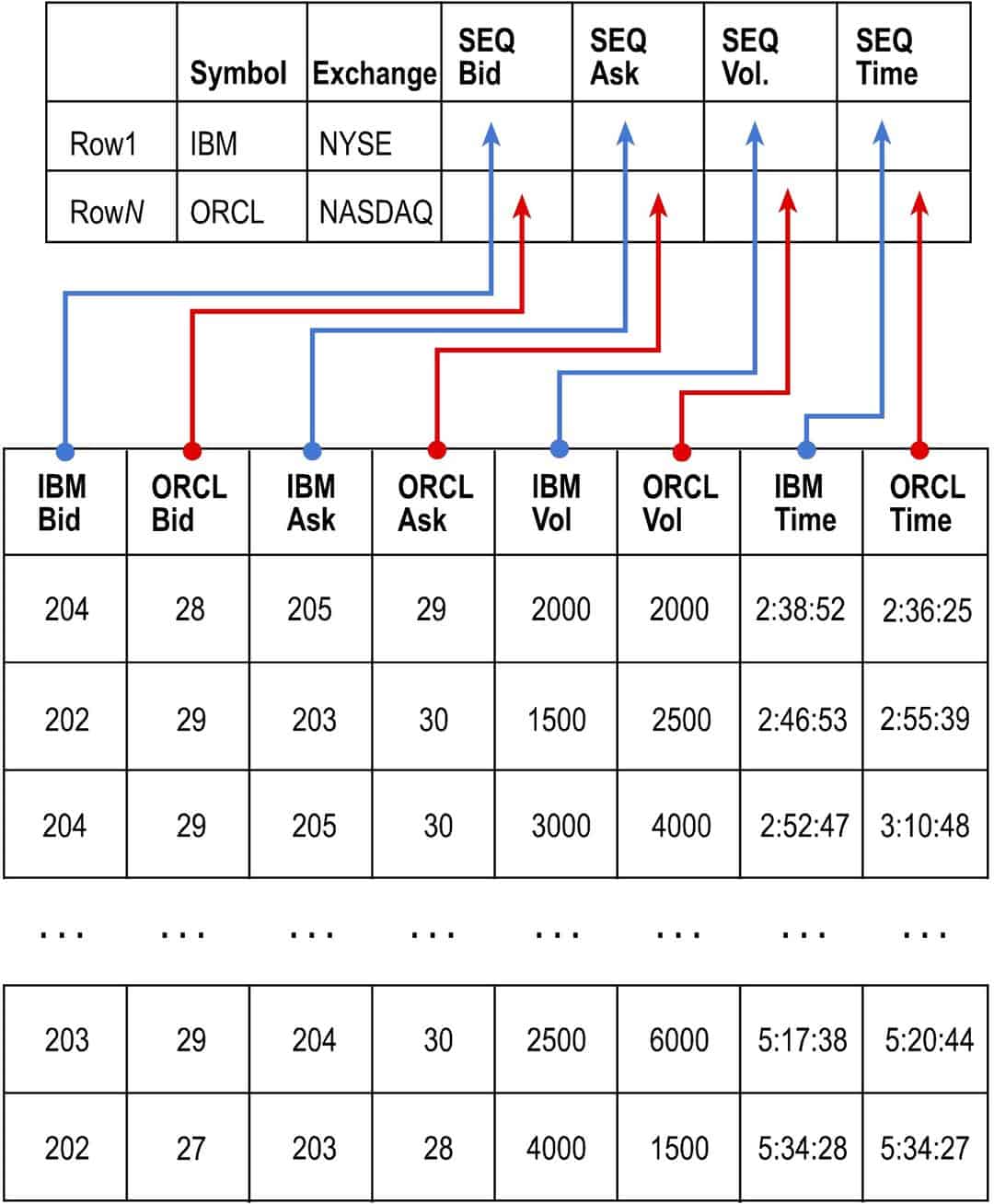 Figure 2. With a columnar approach, tables’ columns are the basic unit for constructing the database pages used for DBMS input/output.

Here’s how eXtremeDB uses pipelining to produce the best database management for financial analytics. Let’s say the application needs to calculate 5-day and 21-day moving averages for a stock, and detect the points where the faster moving average (5-day) crosses over or under the slower one (21-day).

This is accomplished below in SQL, using eXtremeDB’s vector-based statistical functions as expressions in a SELECT statement:

Columnar handling results in faster performance because only the column(s) of interest (closing prices, in our example) are brought from the database into CPU cache at the start of the operation. In contrast, conventional row-wise handling would bring database pages consisting of entire rows with all their columns into CPU cache. All the column values, except closing prices, would then be discarded. Further, it is obvious that we can bring many more closing price values into cache when we are not also bringing along all the other irrelevant columns of a row-oriented storage.

Even more significantly, pipelining eliminates the need to create, populate and query temporary tables outside CPU cache (i.e. in main memory), as would be required by other database systems and vector-based programming languages to manage interim results of processing (for example, no table is needed to contain 5-day moving averages, 21-day moving averages, etc.).

McObject’s technology achieves this through tile-based processing of vector elements. In the SQL example above, one tile of input data is processed by each invocation of ‘seq_window_agg_avg()’, which each produce one tile of transformed data that is passed to ‘seq_sub()’ which, in turn, produces a tile and passes it as input to seq_cross(), and so on until the last function, seq_map() has exhausted its input. Transferring tiles between functions occurs entirely within CPU cache – data is not “materialized” back into main memory until fully transformed tiles emerge at the end of the pipeline.

In contrast, to accomplish the task discussed above using a traditional SQL DBMS, the developer first creates three temporary tables:

The next step calculates 5-day and 21 moving averages and populates the temporary table ‘mavg’ with the results (this code assumes that the database system supports user-defined functions):

The next step populates the temp table ‘sub’ with the result of subtracting the two moving averages:

From here, “normal” SQL can go no further. Code in a language such as C/C++ is needed to get crossover positions.

Clearly, using the traditional SQL DBMS requires a lot more code. But more importantly, all temporary (transient) results used in processing have to be created as output that is external to CPU cache, in temporary tables. This results in multiple trips “across the transom” to fetch data into CPU cache, and then to write it back into the temporary table. This occurs for each temporary table.